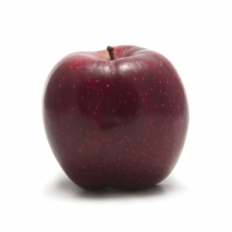 Let’s get the tough ones over with, shall we?!

This is another post where I could write an epic! There’s been quite a few teachers who influenced me for the better or worse. Starting on a bad note, there have been teachers mostly nearing retirement who made life difficult for me, probably without meaning to, although my parents did go in and talk to one of them.

There have been several who made a difference, including an English teacher at high school. I don’t think they particularly encouraged me with my writing, I just remember them cos I got on well with them. There’s another English teacher who I sent a Christmas card to and ask after because they go to the same Assembly Hall as my grandparents. Another teacher who I really liked is one allegedly ran off with a pupil of another school a few years after I left. I felt so sad, for one reason and another, when I heard that.

My favourite, teacher of all has to be Mr Grant, who taught me for a few months in my final year of Primary School. He left because he got a promotion to Assistant Headteacher, in a different school in the region. We all loved him. That year was a turbulent one for me. My class contained more pupils than was allowed, so they had to split us up somehow, and I was one of the ones left, with people I didn’t really get on with at the time, as well and the same teacher my parents had to go in and talk to. In the end, I got moved classes because the school’s reason for keeping me behind was reason for complaint and I moved. It was such a horrible time. The teacher was hurt I think, but was horrid to me, and then so were the pupils in the class I moved to who said that the teacher hadn’t wanted me in his class but had no choice and all these things. All of this still stings now, and how many years was it?! Heapies and Heapies!

Anyway, Mr G was an AMAZING teacher, the kind who should have one an award. I remember getting extra help with P.E. by being allowed to practice netball in the school hall at break-time, and once scoring a goal in the playground! I also got extra help with Maths. I will write soon about some of the early years, but I wasn’t supposed to finish primary school at all, especially in maths, so the extra help then, and with the maths/reasoning side of Biology classes in 4th year at high school from the wonderful Mrs B made SUCH a difference.

Primary School was not the same without him, though in that last year, the rest  taught by a job share with Mrs F, and the headteacher, who went with us on our class trip to an outdoor adventure place. i remember snapshots of that week well, good and bad, but do not wish to go into that here! The bit that sticks in my head is that Mrs P was fabulous that week but later showed the school photos (on acetate and OHP!!) of me reaching the top of the climbing wall, and absenting and the like. I’ll leave you with that thought….

Back to top
Metaphors and Moonlight

Whispers of Hope, Kisses of Grace

Encouragement for times of need

Till all the pieces fit...

cartoons at the cutting edge of disability

A Life Hidden
Misfit Alexa
Grief Is The Word

Exploring grief, in the widest sense of the word

Working together towards a fairer welfare system for disabled people